Make Love Not War
Perhaps there is more wisdom in this old adage than meets the eye. 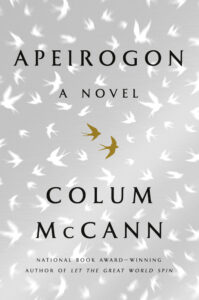 I recently finished a novel, by Irish author Colum McCann entitled Apeirogon, that left my head swirling with ideas in a way that only a truly thoughtful and innovative book can. Told in one thousand and one small chapters (an allusion to One Thousand and One Nights) McCann tells the story of two men who are each suffering a terrible loss and are brought together in their inconsolable grief. Bassam Aramin is Palestinian, Rami Elhanan is Israeli. Bassam’s ten-year-old daughter has been killed by an Israeli soldier; Rami’s fourteen-year-old daughter had been killed ten years previously by a Palestinian suicide bomber.

The two men meet through an organization for parents who are grieving the loss of a child and become close friends, sharing a mission to educate and ultimately to end the violence in the region. This is their story, peppered with a myriad of insights and associations that pierce to the very heart of all persecution and the woes of violence in our world. The novel is a work of beauty and reconciliation, masterfully woven with passages of such varying topics as bird migration, musical instruments, and mathematics.

Early in the book McCann makes mention of a correspondence between Einstein and Freud in 1931-32 that addressed the nature of war, the human instinct towards violence, and how to combat it. Among other ideas contained in their exchange is Freud’s postulation that while we do exhibit an instinct towards hatred and destruction, anything which creates emotional ties between human beings inevitably counteracts war. He concludes also by acknowledging that whatever makes for cultural development is working against war. Bassam and Rami consciously use their love for their daughters, even as that love is expressed as grief, to combat future violence. Their echoing refrains: “the greatest jihad…the ability to talk. The only revenge is making peace. It will not be over until we talk.”

While reading McCann’s novel I stumbled across an article in an old issue of the New York Review of Books by Kwame Anthony Appiah. In his review of three books about anthropology he quotes Rudolf Virchow as saying “If all possessed a modesty which would allow them to see merits in a neighboring people, much of the strife now agitating the world would disappear.”

That concepts, as lofty as ending war and violence, can be brought back to the tenets of humility, personal connection and development of culture is heartening to me. 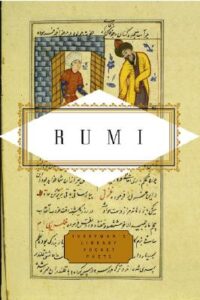 From the 13th century Persian poet Rumi: Yesterday I was clever, so I wanted to change the world. Today I am wise, so I am changing myself.

For further reading:
Making Sense Of These Times
Understanding Each Other

Beauty will save the world. 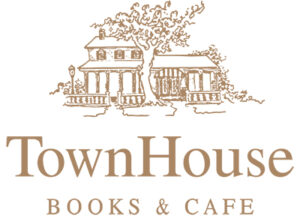 A New Year, New Books on Sale Today! Tuesdays are